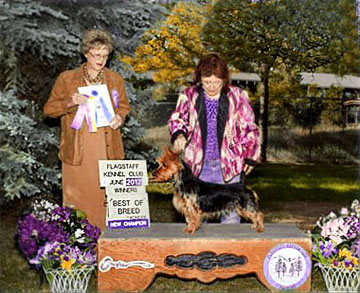 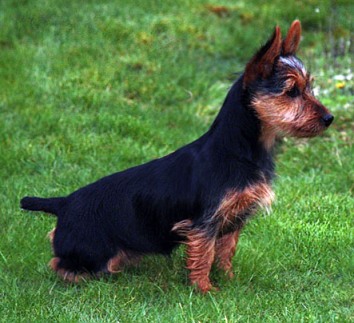 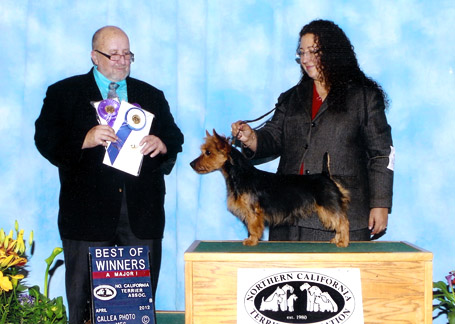 Once upon a Time ... I was looking at photos of my dear friend Pamela Levy’s litter of Aussies and Love struck as I gazed on the sweet little face of “Taylor” playing with her sister Madison. Make a long story short I asked my husband to give her to me as an early (big) birthday present and he did. Thank you Joe!
Taylor is the most loving, sweet, smart, beautiful Aussie you can ever imagine. She started Showing in April of 2012 and finished in June . Then in February of 2013 she won Best of Breed at Sun Country Terrier Show here in Scottsdale- definitely a Thrill ! Now she is taking time from the show ring to have a litter but will return in the late fall. Thank you to Ivonne and Gabriel Rangel for excellent handling of my precious spoiled little girl. Watch for Taylor to take the show ring by storm!!!!    Good luck at Westminster! 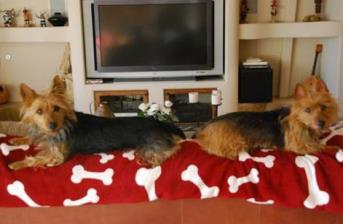 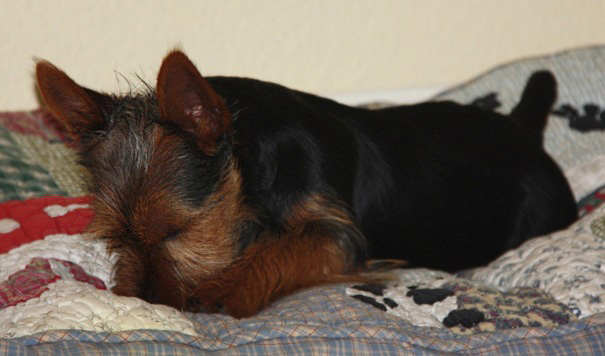 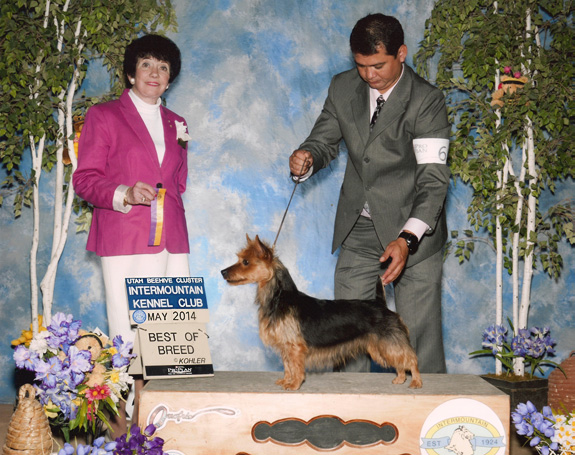 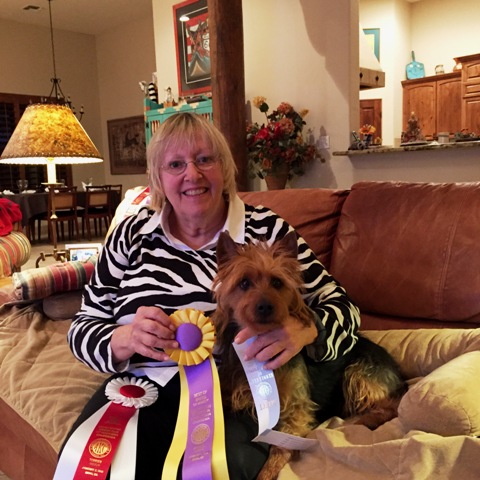